The number of people infected with COVID19 is predicted by the multiple synthetic waves analyzed in the blogs “Will restraint in going out speed up the convergence of COVID19 infection?” and “Why the number of COVID19 infections is surging” dated November 22, 2020. The blue dots are the weekly total of the number of infected people in Japan as published on the website of the Ministry of Health, Labor and Welfare. The solid blue line is the synthetic wave for each variant until December 2021.

In the second half of December 2021, the number of infected people, which had been on a gradual downward trend, seems to have started to increase. The number of people infected with the Omicron variant is rapidly increasing overseas and the effect is spreading to Japan. Let us consider the following two scenarios for the near future prediction.

Scenario a: Assuming the average infectiousness of the variants so far → Orange dashed line

Scenario b: Assuming the same level of infectivity as Type 11, the most infectious species to date → gray dashed line

Number of people infected by COVID19 (in thousands)

The blue dots are the weekly total number of infected people in Japan.

The dashed line is the number of infected people for each variant, and the solid blue line is the synthetic wave.

The orange and gray dashed lines are the prediction. 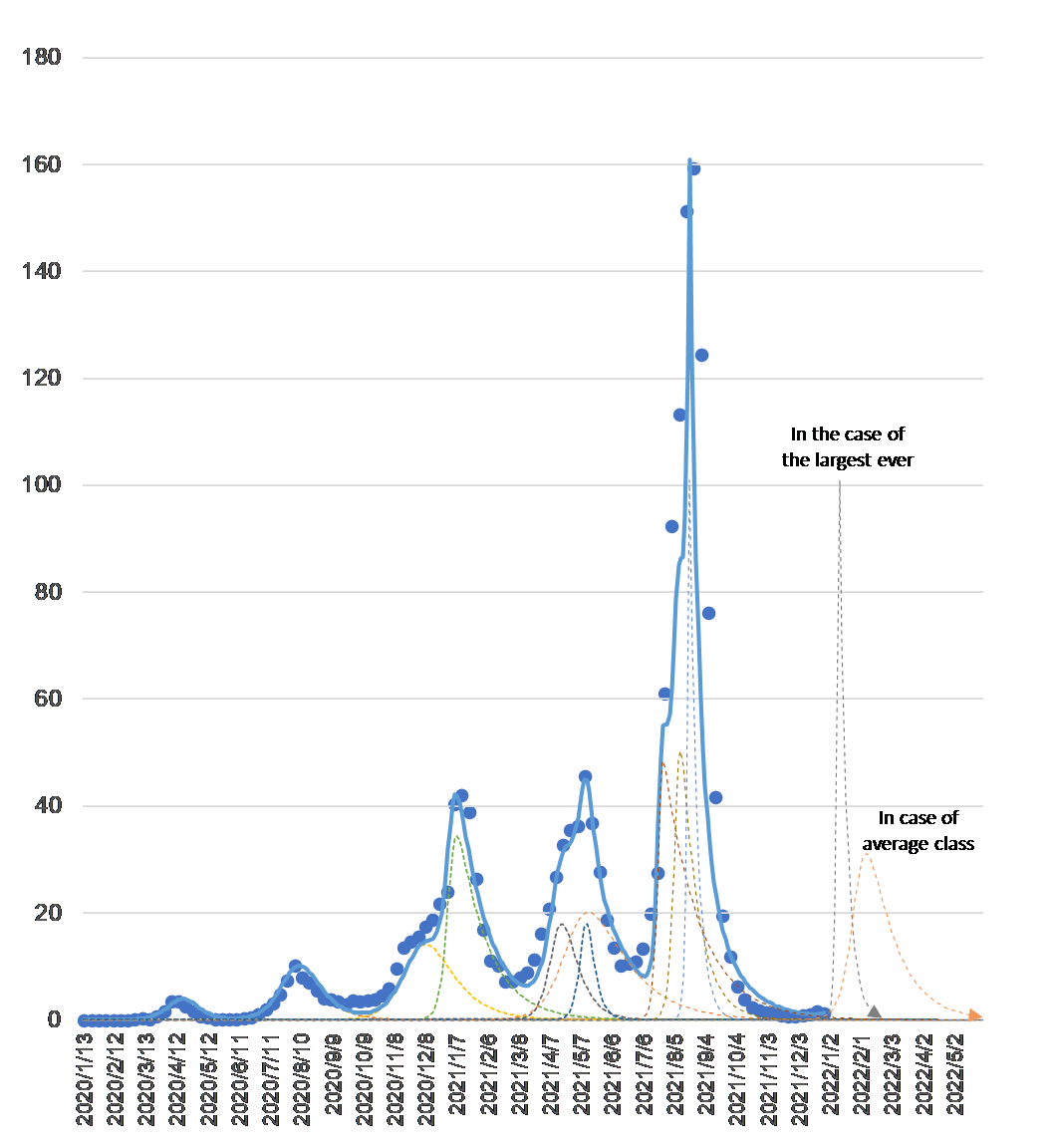 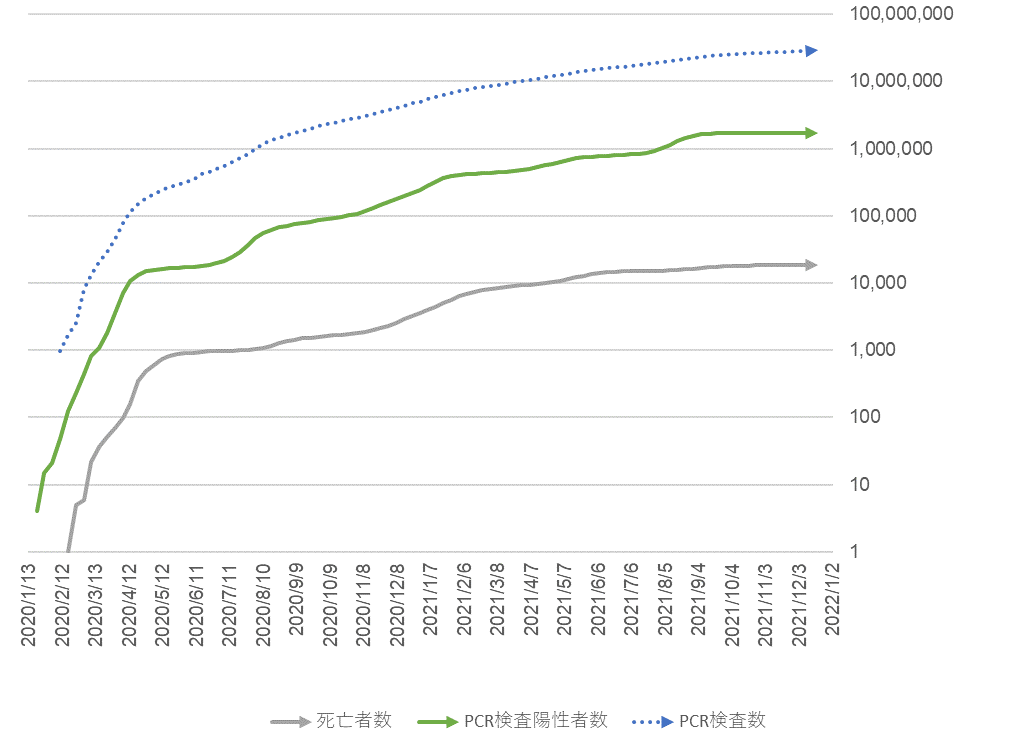 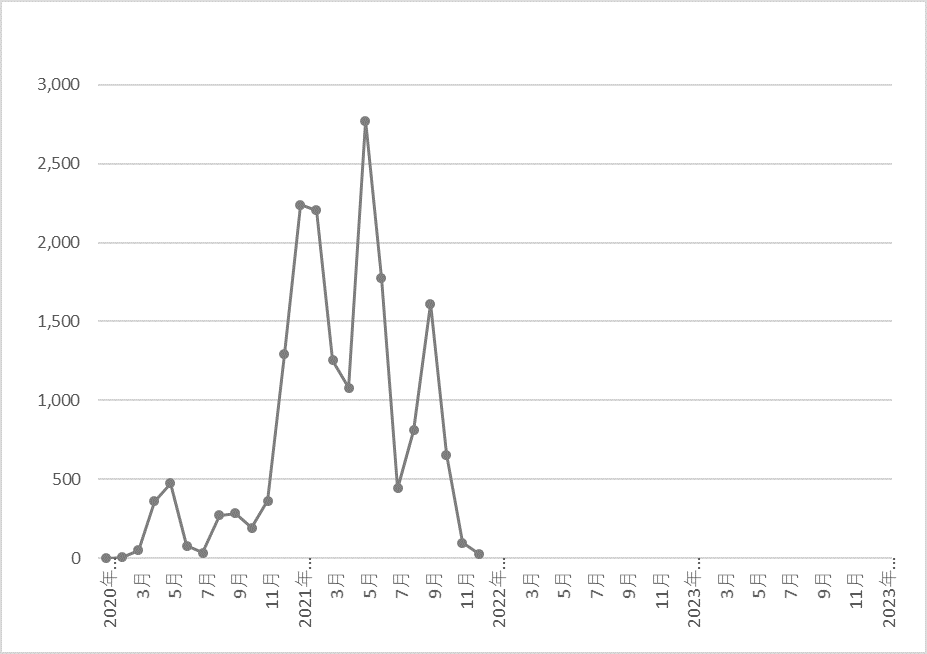 Compared to the Spanish flu that was prevalent 100 years ago, the number of variants is larger and the interval between their appearance is shorter.

Monthly death toll from the Spanish flu epidemic of 1918-1921 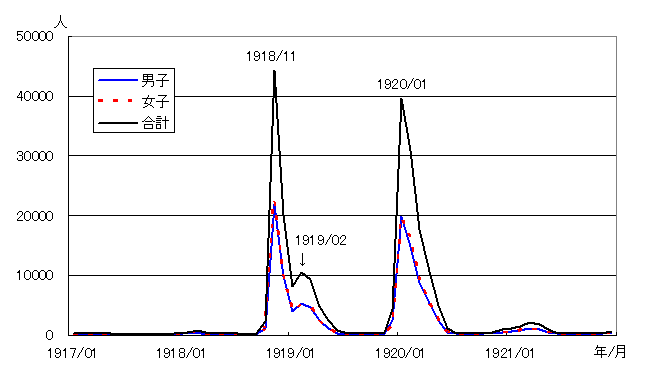